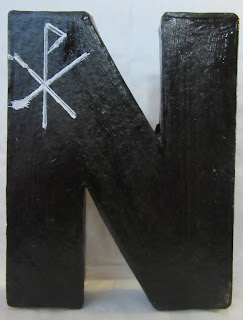 NXP will release his new album "Modern Jazz Noise" on friday Sept. 29. It will be available at "all" music streaming services around the world as well as on NXPs Bandcamp.

There will also be a stricktly limited edition memory stick in a N shaped box (as seen on the picture), in 20 hand numbered copies. hese will be sold at the release party at Sinus, Bodø Sept. 29, as part off this years Nødutgangfestivalen.

The limited edition will have a bonus track ("Aftershocks") that will not be available elsewhere.

If the limited edition is not sold out at this releaseparty, the remaining copies will be sold through NXPs Bandcamp.
Lagt inn av NXP kl. 12:37

Behind The Pieces debut album out now!! 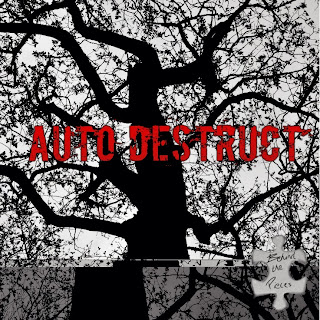 Bodøs best band at the moment, Behind The Pieces has just released their debut album as straming/download here. Take a listen and get into the fantastic world of BTP.

The album is called Auto Destruct and was released world wide on May 22, 2015, for your pleasure. So make some time and spoil yourself with the tunes from this up and comming band. Be the first to say I knew them long before they broke and become famous.

Their singles are included on the album as well as severeal unreleased tracks. Already getting remarkeble good reviews. And the band will promote their album wherever they can, so feel free to book them at your festival, pub or whatever. For booking contact here.

March 5, 2016 was the release date for the vinyl edition of Auto Destruct. The LP is in red vinyl with fould out cover with all the lyrics printed. Only 250 copies made! Contact your local shop or Behind The Pieces for ordering details.
Lagt inn av NXP kl. 16:26

NXP with a brand new EP 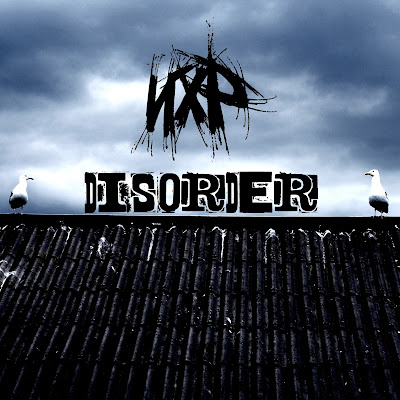 NXPs new EP; Disorder has got Requiem catalogue number XP 13 and is for free download (or pay if you will pay for it) here. More noisy than he has been for some years now. Back to the roots (bloody roots).....
Lagt inn av NXP kl. 16:09 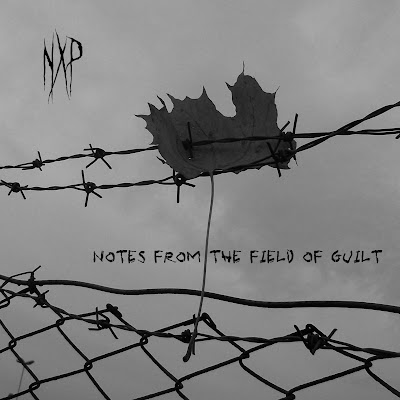 Here it is, the long awaited NXP album "Notes From the Fields of Guilt". Requiem catalogue number XP 12 and is for free download (or pay if you will pay for it). It is dark ambient noise this time. Not for people who are scared of the dark or has suicide thoughts.
Lagt inn av NXP kl. 10:43

New album and a 7" split from NXP 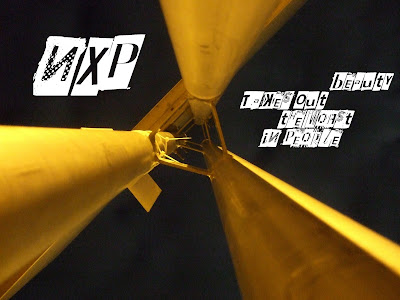 NXP release his new album "Beauty Takes Out The Worst In People" tomorrow. The date is the beginning off the NØDUTGANGfestival. NXP plays at Dama di this Sunday on the last day off the festival.

The new album shows a more rhythmic attitude than before, from this experimental musician and composer.  as always he is exploring new musically territory. This time with tracks he think off as pop, but that says more about his mind than anything else.

NXP will also release a split 7" with Kjetil Hanssen, tomorrow. The split release ends with a locked groove at both sides so it could be seen as an 7" album. NXP side has three tracks and a locked groove.

Review of both releases in Vital Weekly (#811);

NXP - BEAUTY TAKES OUT THE WORST IN PEOPLE (CDR by Requiem Productions)
KJETIL HANSSEN/NXP (split 7" by Requiem Productions/Ambolthue Records)
Tore Stemland's musical history goes back many years. He was a member of Asod Dvi and Psykisk Tortur in the 80s as well as various punk bands. Nekro XP was also in those the name for his solo project, later shortened to NXP. This new album is his 11th as NXP since 1984 and released on his own Requiem productions. In this album he wants to combine his various interests in creating music: "field recordings, avant-garde, rhythmic noise and other forms of music in that field", and that is indeed what he does here. The rhythmic noise has the upper hand here, and it makes that the album is perhaps a bit dated. Maybe the addition of Jim Jones talking helped that idea a bit. The use of spoken word returns in a few other pieces, and the whole thing sounds pretty retro: good lo' classic industrial music. Minimal rhythms, fed through a bunch of sound effects/synthesizers and such like, as said with occasional use of spoken word. Sometimes the variation is a bit poor per track, and it gets stuck in a few loops for a bit too much time. But the closing title, also by far the longest of this release, the rhythm is surprisingly absent and we have a fine piece of ambient drone music, and here the length works quite well. Maybe those roads are to be explored more and move away from the same what dated old rhythmic sound? Unless of course its this variation he wants so much.

There is also a new 7", with three short tracks by NXP on one side and one longer piece by Kjetil Hanssen on the other. Things have changed, after some failed 7" releases in the 80s. NXP's tracks all revolve about heavy rhythm, feeding through some effects to create industrial distortion. Since time is limited, these are all to the point. Excellent. Kjetil Hanssen is sometimes known as Torstein Wjiik, when it comes to harsh noise and is from younger generation of Norway's Noise scenery. Under his own name he creates far more interesting music, not entirely free of noise either, but certainly not HNW either. He uses samples without permition [sic] from Marhaug, Stine K and Swamps up Nostrils and with these he creates a rather lo-fi set of electronic sounds, densely layered. Perhaps a bit unfocussed. Both sides end in a lockgroove, so remixers have more fun out of this. Nice one. (FdW)
Lagt inn av NXP kl. 12:38 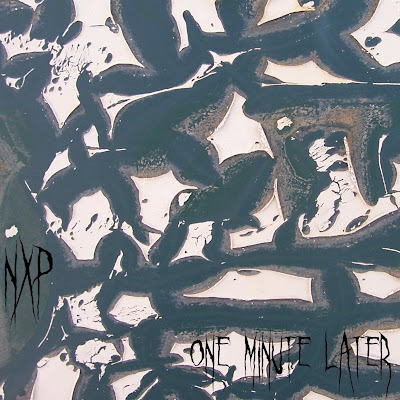 "One Minute Later" is the new album from NXP. It is a free album for everyone to share (as long as no one charges anyone for this music). It is released by both Go To Gate Records (GO TO DL 20) and Requiem Productions (XP 11). For more about NXP look here, here and here. NXP will release a split 7" with Torstein Wjiik, later this year. Also a new album to be released when a company are willing to released it. Anyone interested?

The album was partly done after listening to one off NXPs favorite albums "Commercial Album" by The Residents and partly after contributing to Hal McGees International Email Audio Art Project, so many thanx to them both. After this he was into the groove and made several one minute tracks and love the restriction in time. After a while he had to draw a line and concluded if Residents could do 40 tracks, so can NXP. Well here is the results is for your pleasure only.

Free download (including cover) in MP3 256 kbps here; Mediafire, Megaupload or Internet Archive. PS if you put it out on a blog or whatever, please send me a link and thank you in advance for promoting this album.
Lagt inn av NXP kl. 15:24 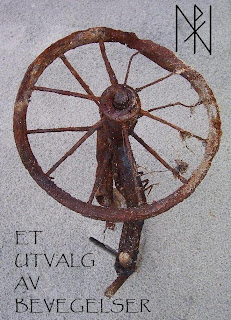 A double CD-R album called "Et utvalg av bevegelser" is out now for 90,- Norwegian kroner. Ask for your price including postage & packing at this mail address. or buy it from Loop. The album is a collection of more repetitive music that hasn`t been released before. "Mantra for mind" was the working title and it says much about the themes on this album. The title "Et utvalg av bevegelser" is Norwegian for "A Collection Of Movements".
Lagt inn av NXP kl. 08:50

A brand new mini album by NXP called "Kela" (it´s my dialect for noise). Perhaps the most noise release from this artist since his debut album back in 1984. Free download RAR including artwork here.
Lagt inn av NXP kl. 15:50

Eldre innlegg Startsiden
Abonner på: Innlegg (Atom)
HERE YOU GET ALL THE INFO YOU NEED ABOUT REQUIEM PRODUCTIONS.
For complete catalogue go here.